Indiana University’s history dates back to 1820, when the state legislature made provisions for a seminary in Bloomington. The year 2020 thus marked the Bicentennial of Indiana University. The University had grand designs for this special occasion, including courses, travel programs, and public events. The pandemic wasn’t a glimmer in the planners’ eyes when they began their hard work. Many of the events of the Bicentennial had to be moved online, or cancelled. One, however, went forward in grand style.

This was the awarding of Bicentennial Medals to Hoosiers on all campus who have made an imprint on Indiana University and the world. Staff, faculty, and alumni who contributed in very unique and distinct ways were to be honored in this Bicentennial Signature Project. To date, 795 have been recognized.

The story of the medals is, itself, an interesting one. After a competition for a medal design was announced, IU Bloomington lecturer Jeeya Kim, from the Eskenazi School of Art and Design, rose to the top. When she came to IU, Kim said, she discovered it to be a connective institution. She therefore came up with a design that featured ripples of water and aviation routes, both superimposed atop a map of the state. The beautiful design now finds its place on a medal made from bells that hung in IU’s Student Building. Recipients therefore have a piece of “Old IU” itself that they can treasure.

Collins Living-Learning Center is proud to count three recipients among its former Directors and one Academic Coordinator. Ernest Bernhardt-Kabisch, Director of the LLC from 1977-1989, brought many of the traditions to Collins that remain distinctive. He made academics and the arts central to the Collins experience, and had a hand in the development of the Viennese Ball, Collinsfest, and the Dickens Dinner. Carl Ziegler, the Director from 1990-2004, followed with his own leadership, which was known for its great commitment to students, service, and the community. Ziegler made our academic programs and partnerships evermore robust. He also placed philanthropy at the heart of Collins, pioneering our relationship with Middle Way House. Working with Ziegler, Iris Yob, Collins’s Academic Coordinator from 1996 to 2003, made service learning and experiential learning central to an education at Collins. A visionary in this respect, Yob shaped Collins as a model for these projects far beyond Collins and far beyond IU. Though they are no longer on campus, the legacies of Bernhardt-Kabisch, Ziegler, and Yob continue to shape our distinctive community today. 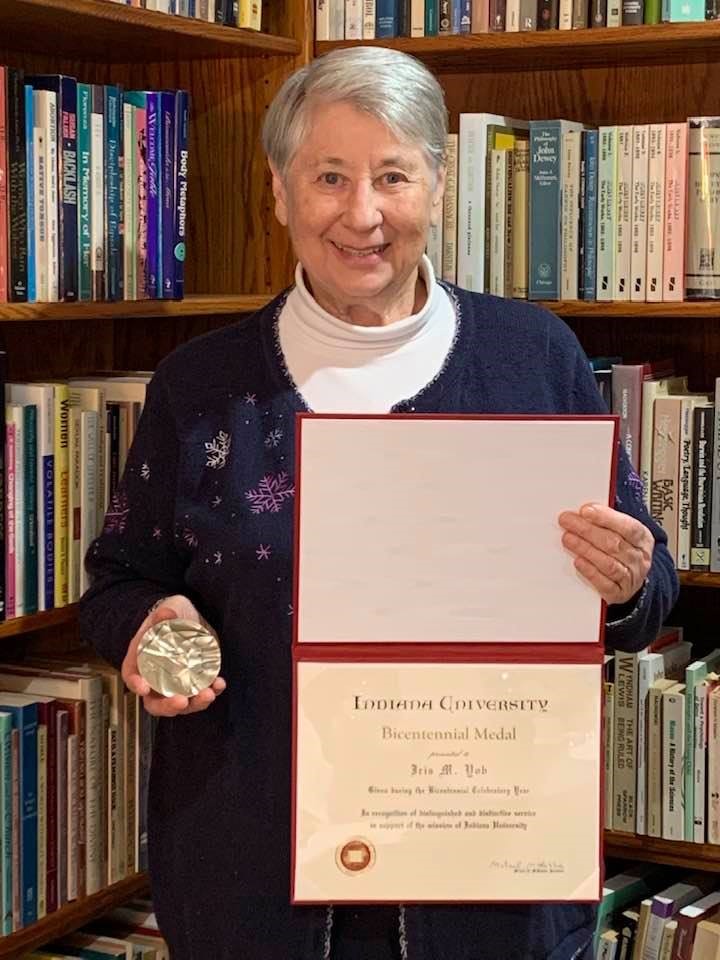